Home » Tentoonstellingen » Canon of the Netherlands

Top pieces of the Limburgs Museum

Canon of the Netherlands

Which objects in our collection are not to be missed? According to the prestigious Canon of the Netherlands, these are the seven top pieces below. Together with top pieces from other museums such as the Rijksmuseum, they take you on a journey along the most important events and people that have made the Netherlands what it is today. You come face to face with your own history.

At one time, this area was only inhabited by hunters and gatherers who travelled around. But 7,500 years ago, the first farmers came to our country. They built houses and small villages in South Limburg. And they made the first earthenware pots. They decorated them by cutting bands into them. That is why these pots are also known as Linear Band Ware. 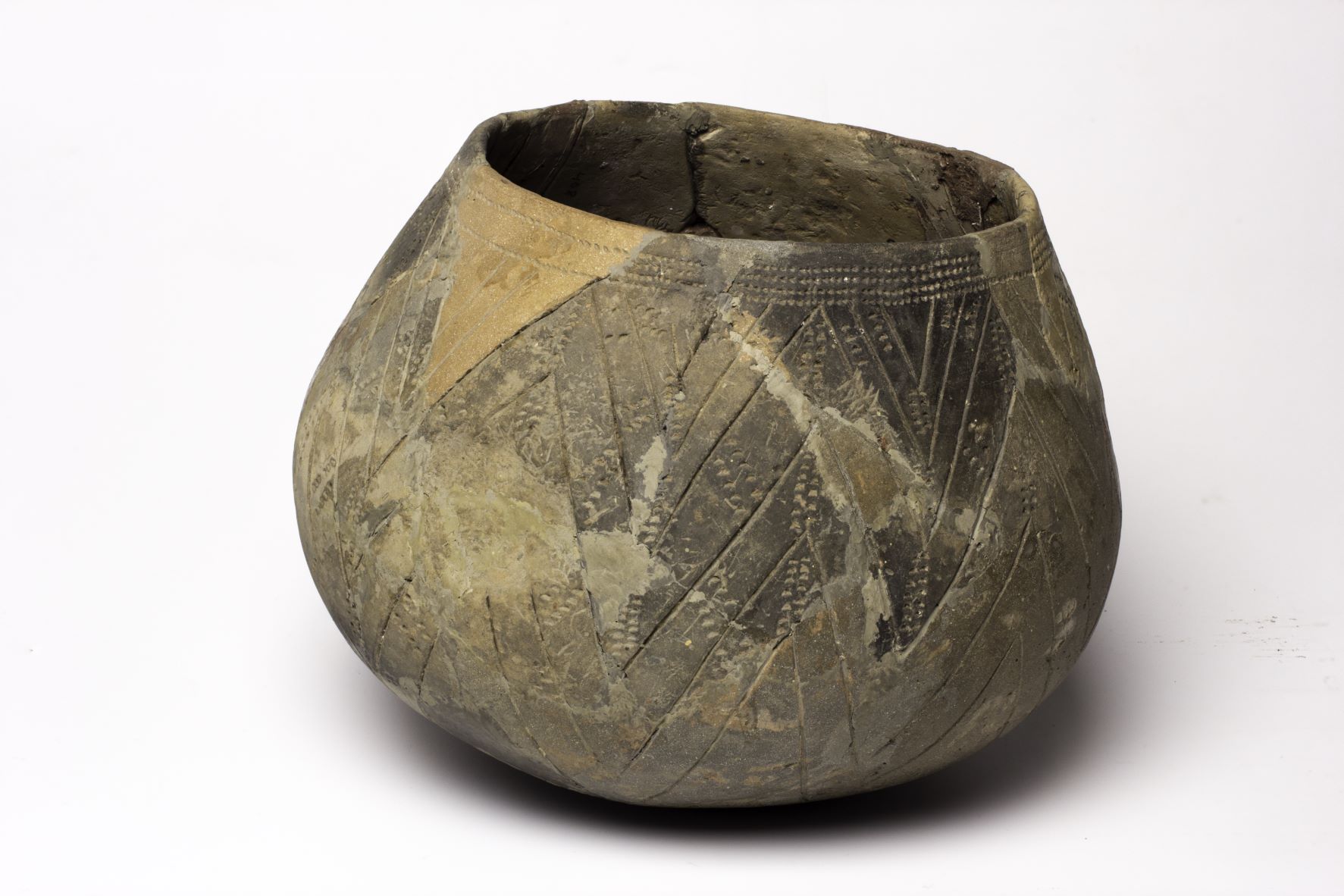 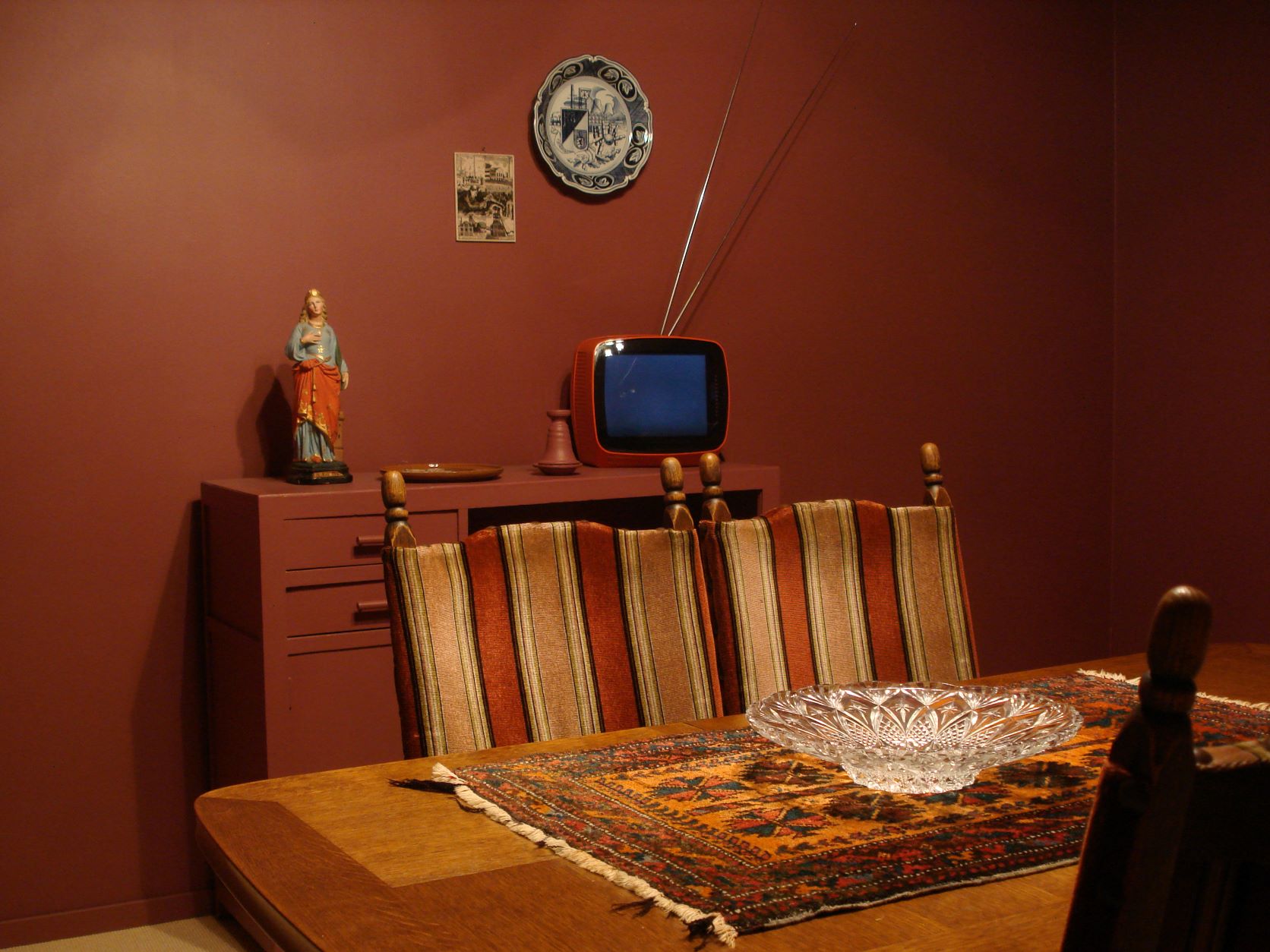 Have you ever paid a visit to a koempel (mineworker)? They would have a great many stories to tell. Such as the arrival of 60,000 colleagues, many of them from abroad. After 1900, they helped turn the sparsely populated region of South Limburg into a lively industrial region.
Until the mines started closing down from 1965 onwards. This led to high unemployment and little trust in the government. Despite the arduous work they had to do, many former mineworkers miss their mine and the camaraderie they shared.

Mischievous girls have existed throughout the ages. This elder branch has been hollowed out. It was used as a pea shooter, probably by a young girl training to be a nun in Susteren. This was the location of a convent that was founded in 714 by the English monk Willibrord. This pea shooter is evidence that the girls were not just concerned with learning and praying. 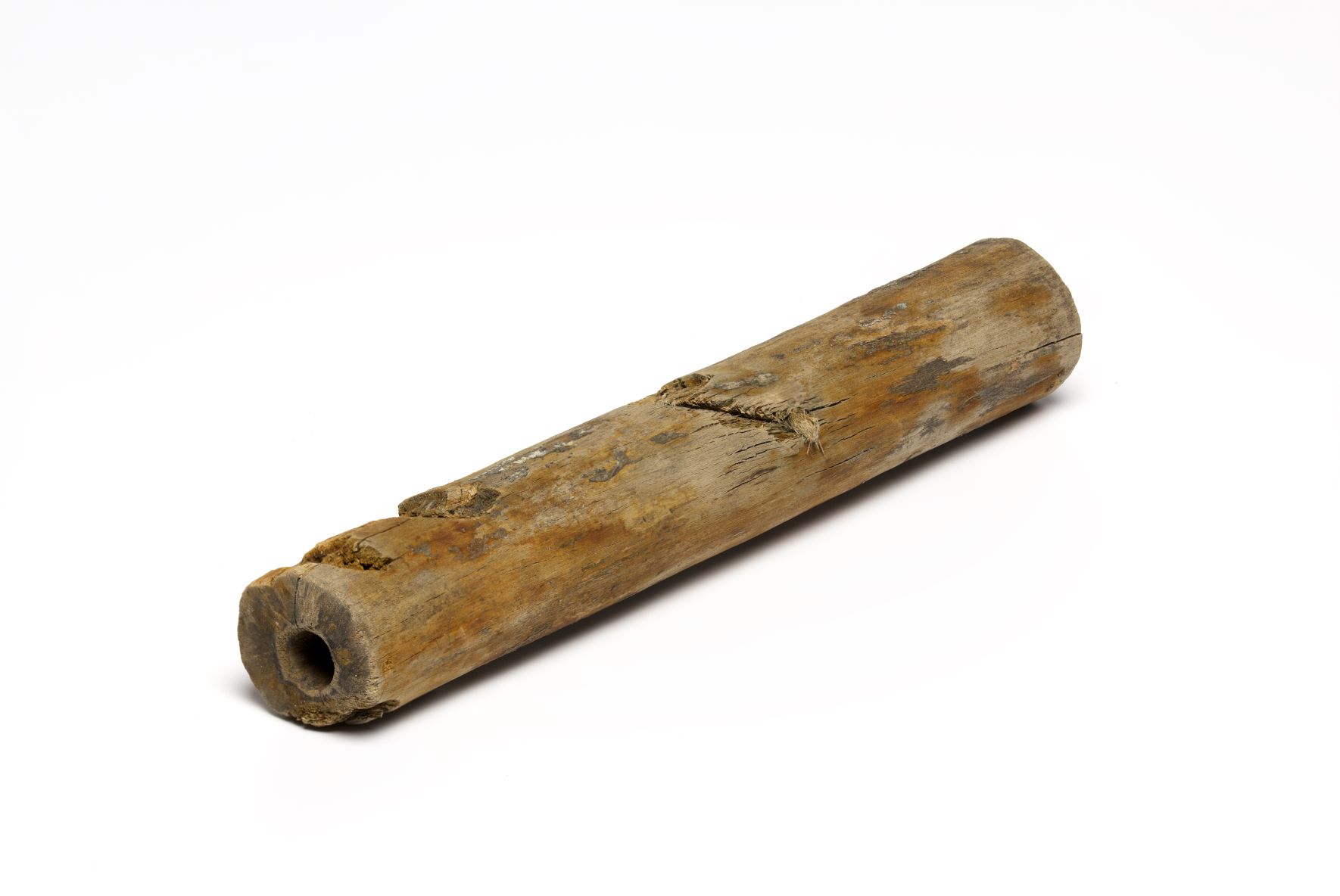 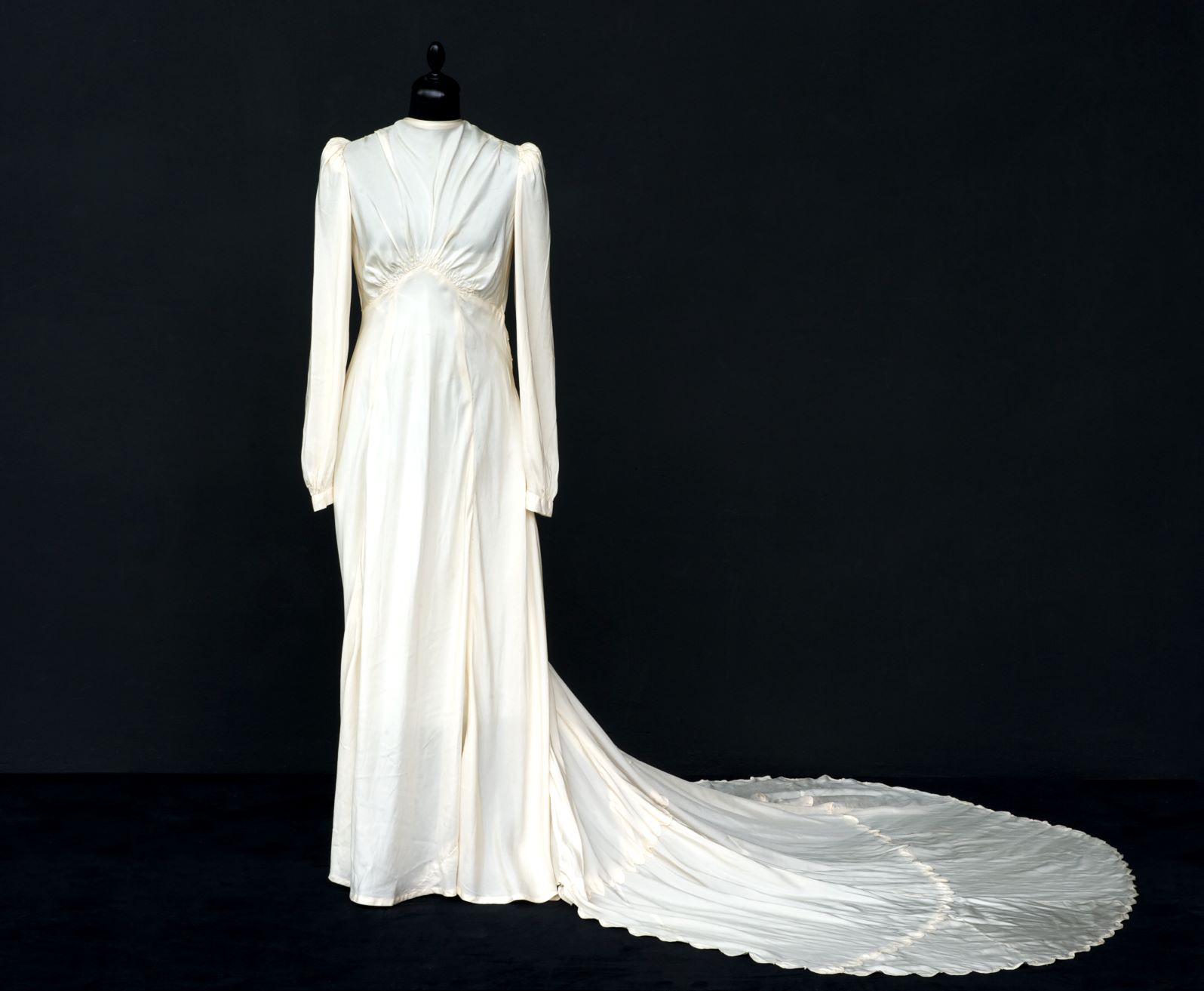 Wedding dress made from parachute fabric

Weddings are often lavish events. But after the Second World War, there was not much chance of any luxury in the Netherlands. There was a shortage of everything. Nevertheless, a little improvisation can go a long way. Just look at this wedding dress that was made in 1945. It is made from the fabric of a parachute belonging to the allies. It was literally a gift sent from heaven for the bride.

Fresco fragment of a young man, found in the Roman villa at Maasbracht

Have you ever come face to face with a Dutch Roman? Probably not. There are very few pictures left of people from that time. That is why this fragment of a wall painting is so special. Around the year 150 it adorned the wall of the Roman villa at Maasbracht. Not only was this a huge farm but also a luxury residence with central heating and running water. 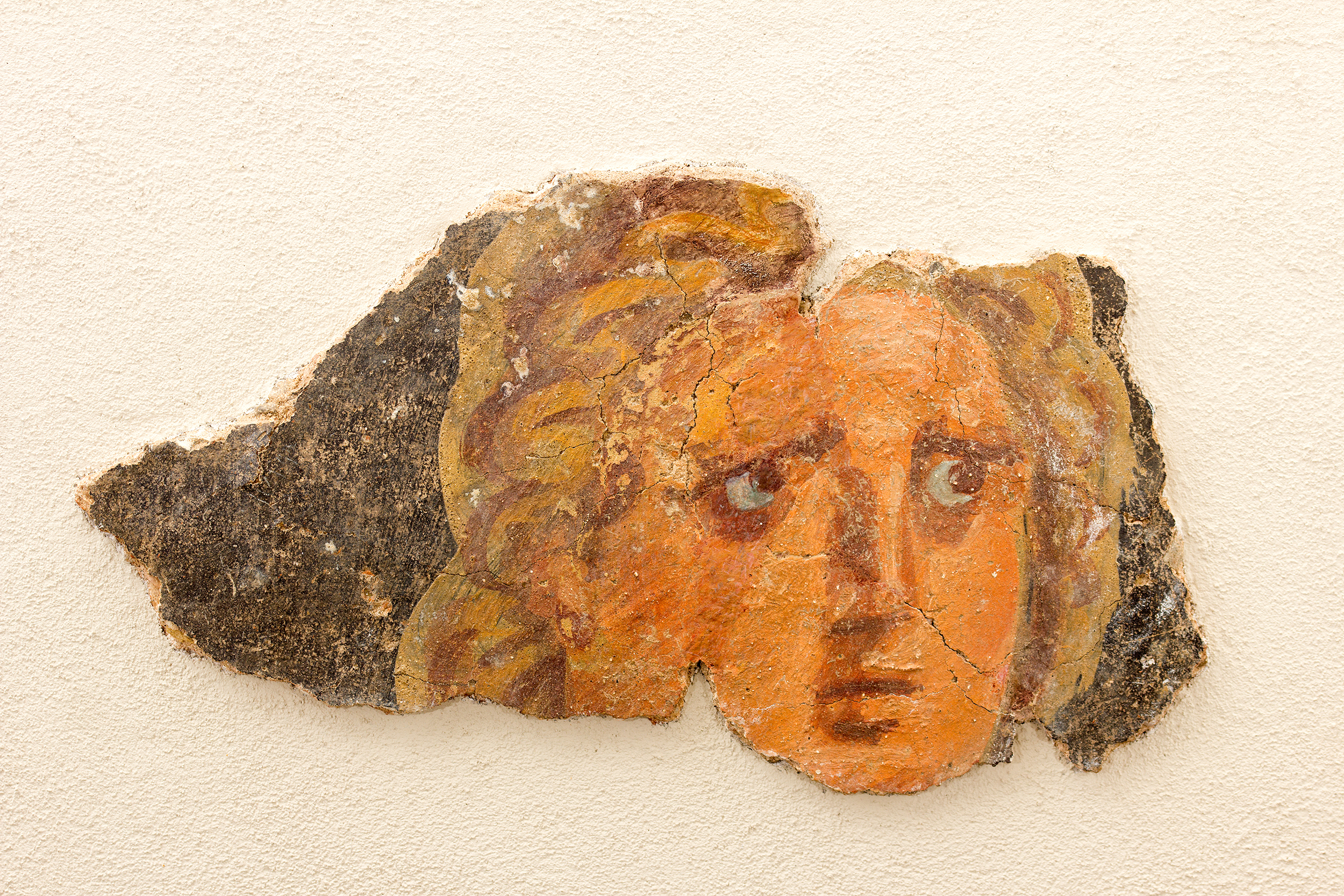 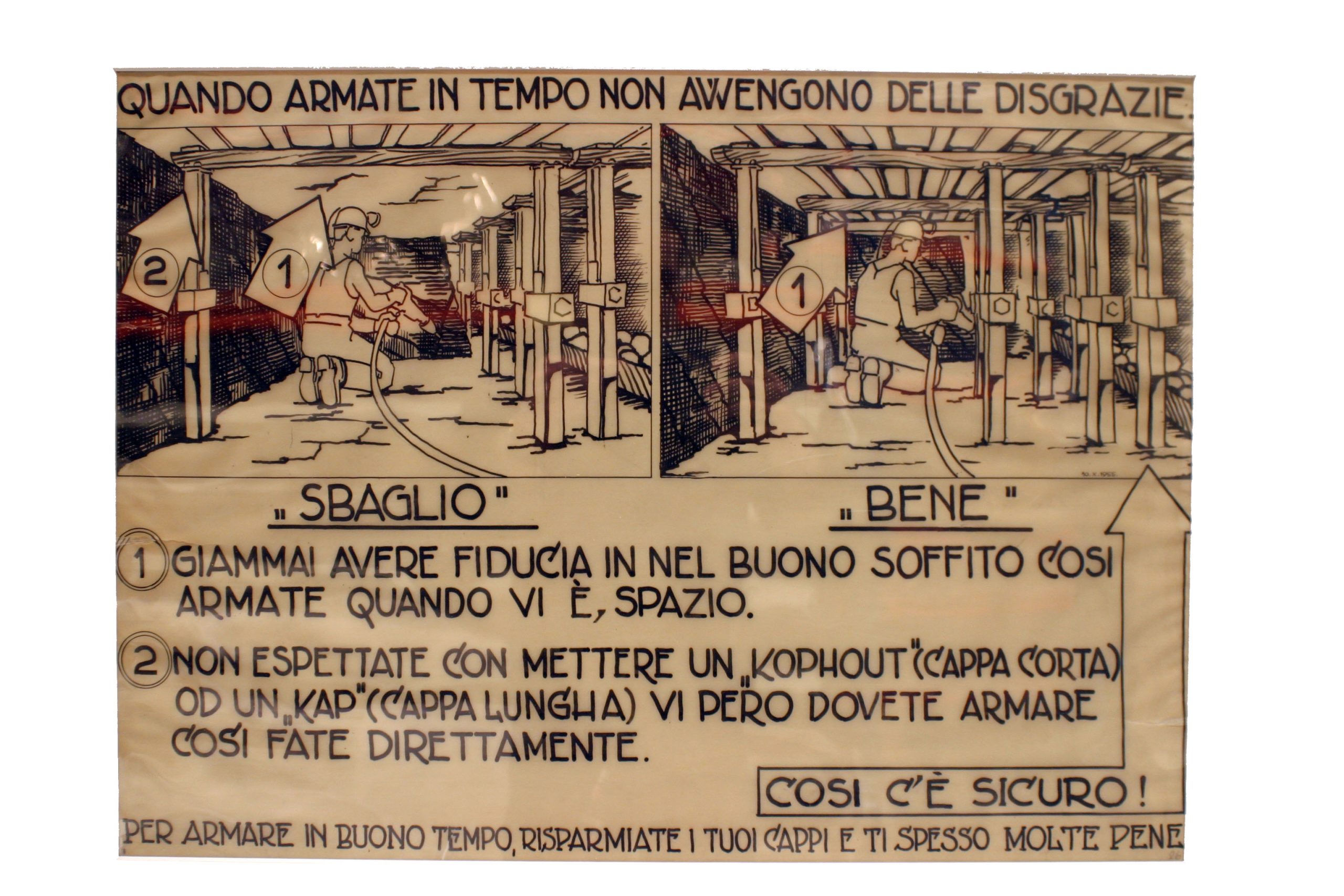 How do you keep to the rules as a migrant worker if you cannot read them? Fortunately, these types of drawings were available for foreign mineworkers coming to work in the Limburg mines. It says ‘Wear a helmet’ in Italian. The drawings show you how to support a mine entrance (‘bene’) and how it should not be done (‘spaglio’). Not only did mineworkers come to Limburg from Italy, Spain, and Greece. Many migrant workers came from Poland in the 1930s, just like today.

Drums for freedom and equality

What happened to the word ‘fraternité’? After all, the French word for brotherhood is part of the world-famous motto of the French Revolution: ‘liberté, egalité, fraternité’ isn’t it? Nevertheless, the word is absent from these French drums. The reason for this is because the third word was only added to the motto later. These drums belonged to the French National Guard that conquered the South Netherlands in 1794. A year later, the Netherlands became the Batavian sister republic of France. 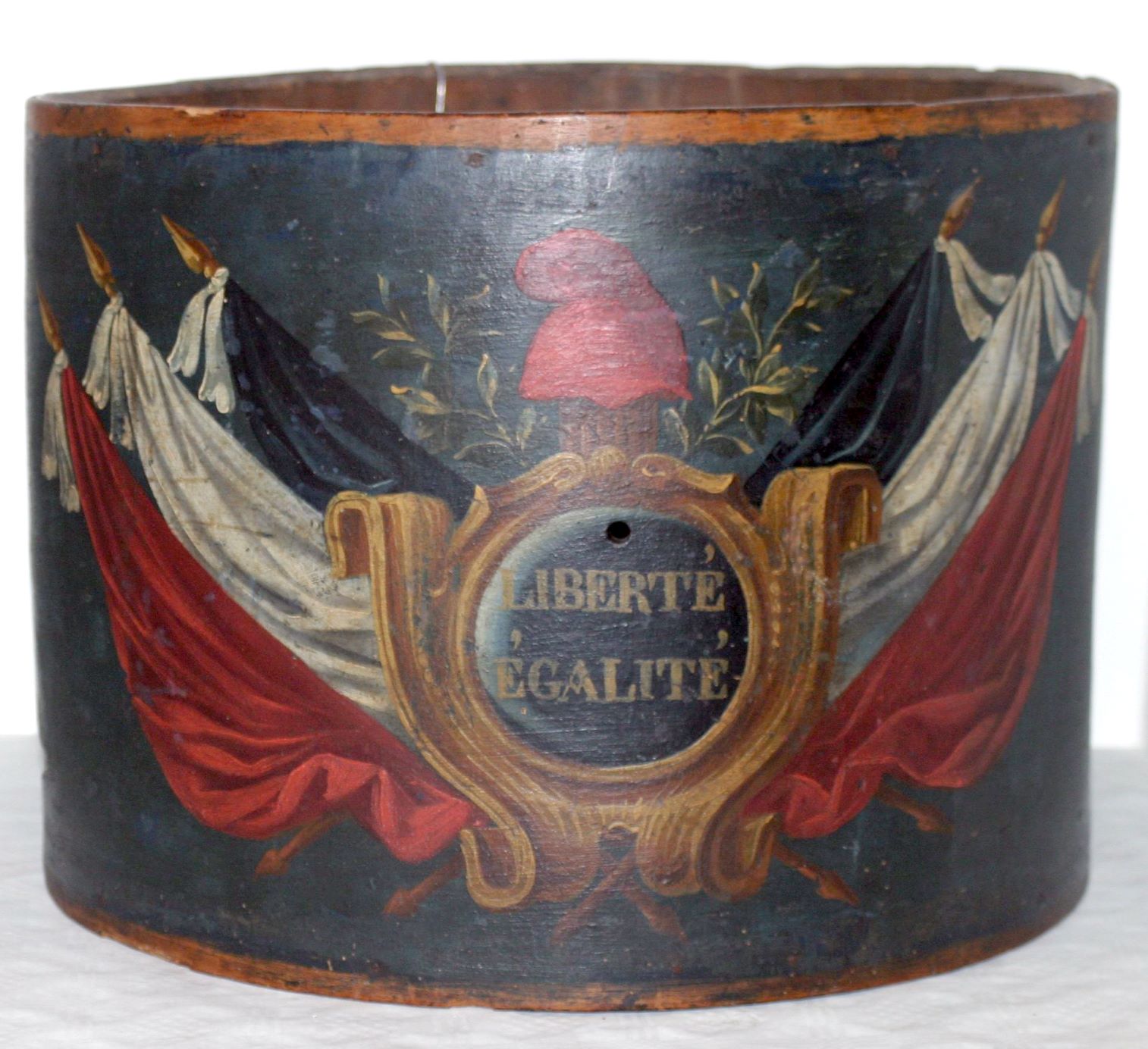