Two sides of a river

Mighty Meuse shows two sides of the river Meuse: as a muse and murderer. In collaboration with artists, guest curator Servé Hermans (artistic director of Toneelgroep Maastricht theatre group) explains how a river can be both a source of inspiration and adversity. Immerse yourself in both the poetic and grim tales of the Meuse.

Muse
For centuries, the Meuse has inspired artists from Limburg and beyond. One of them is film-maker Rob Hodselmans, born and raised in Belfeld, a village along the Meuse. His film shows images of his 85-year-old father and his 8-year-old daughter swimming in the river that feels like a lifeline to the film-maker.

Murderer
But the Meuse also has another side: a river at the service of industry, polluted with poison and waste. This year, scientists found plastic in human blood for the first time. Last year, almost 240,000 kilograms of waste were collected along the Meuse alone – 96% of that was plastic. With his interactive installation made of plastic objects found along the Meuse, artist Tim Scheffer shows how humans are turning our rivers into nature’s killer. 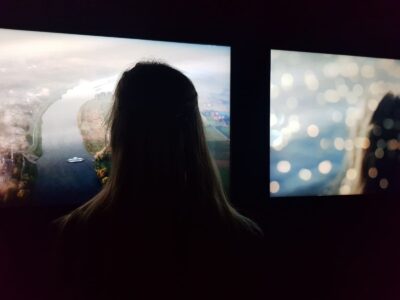 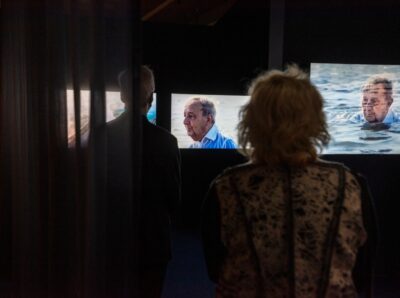 Mighty Meuse in Amsterdam
The Limburgs Museum hosted the Mighty Meuse exhibition from the end of 2020 until summer 2021 At the invitation of the Vrije Academie, part of this exhibition will travel to Amsterdam this summer to their canal-side house (Herengracht 368).

Limburgs Museum on Location
Limburgs Museum wants its stories of Limburg to inspire people beyond the walls of the museum and beyond the borders of the province. That is why we develop ‘exhibitions on location’, often together with Limburg locals. Mighty Meuse, a collaboration with the Vrije Academie and Toneelgroep Maastricht, is a fantastic example of this.